The America’s Showcase Tournament was founded in 1985 to provide the nation’s premier high school players an opportunity to be scouted by high-level programs so those players may further their hockey careers in prep school, juniors, college, and beyond. The tournament is scouted by more than 70 Junior A, NCAA and ACHA programs from across the country.

Fargo Freeze High School Boys Level Director, Colin Clarke, described the opportunity that the America’s Showcase USA Hockey tournament represents: “For our kids who do not play NDHSAA High School Hockey in North Dakota, being selected to the Showcase team is an outstanding opportunity that many are unaware of. Our Fargo kids get a chance to play in front of scouts from across the country. Cameron and Briar had many scouts talk with them after their play in St. Louis. It’s exciting to see them have the opportunity to advance their hockey careers after playing for our Fargo Freeze program.”

Congratulations to Cameron Lizakowski and Briar Sylvester for being selected to play in the USA Hockey America’s Showcase Tournament! 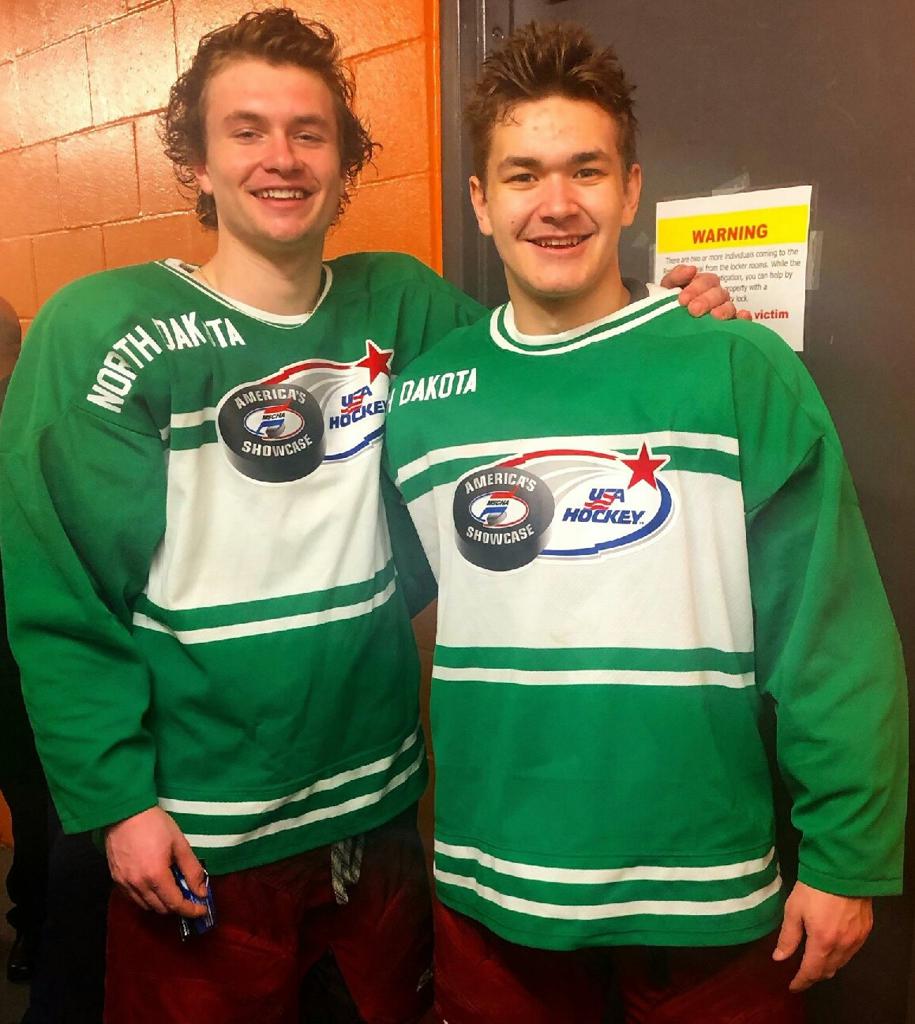