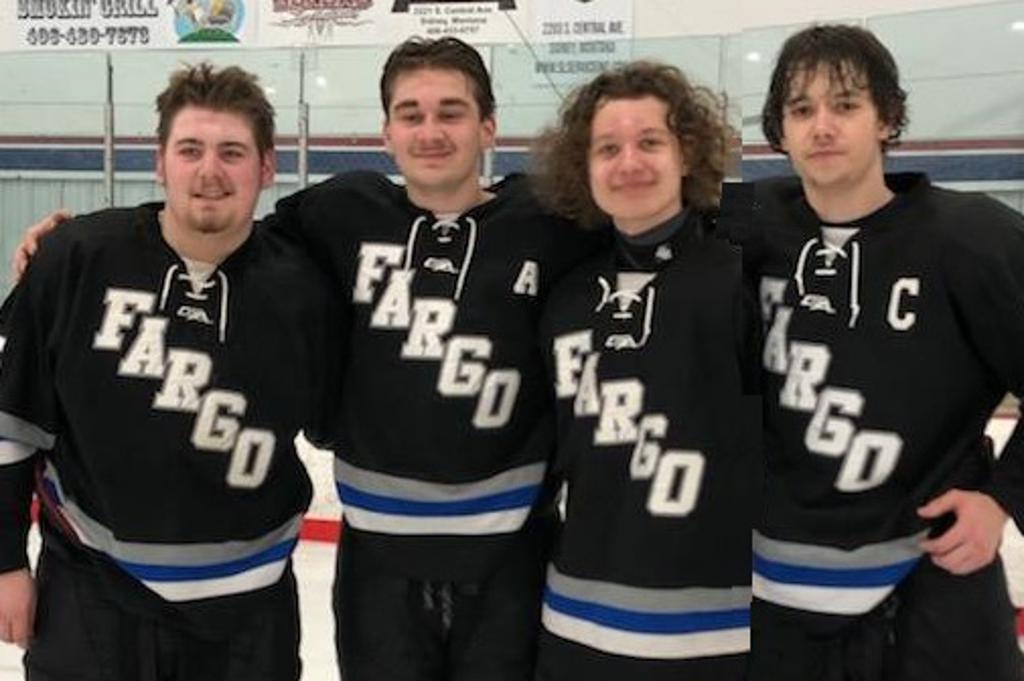 The America’s Showcase Tournament was founded in 1985 to provide the nation’s premier high school players an opportunity to be scouted by high-level programs so those players may further their hockey careers in junior, college, and beyond. The tournament is scouted by more than 70 Junior A, NCAA and ACHA programs from across the country. Unfortunately for this year’s Seniors, USA Hockey canceled the Showcase as it suspended all spring 2020 tournaments.

Anderson and Beier were also recognized as 2020 All-State selections along with team Captain, Grensteiner.

“Tyler was a work horse for our team all season long,” said Asst. Coach Todd Graalum. “He played in all situations, special teams, and was our top face off specialist. His work ethic is just off the charts.”

“Teagan’s hockey sense and ability to see the ice was huge for us,” Said Graalum. “His ability to make big plays in tight spaces made it hard for teams to defend against.”

Head Coach Jon McPhail discussed the play of Anderson and Connor. “We played Danny and Grant together quite a bit this season,” said McPhail. “Grant is just a solid defender who plays tough in the zone and he chipped in offensively at just the right times. He’s just flat out tough to play against.”

“Danny’s speed allowed him to lead the rush which caught other teams off guard,” said McPhail. “And he’s got such a heavy shot. He was among our top scorers this season.”

Fargo Freeze High School Boys Level Director, Colin Clarke, discussed the selections and the USA Hockey America’s Showcase opportunity: “For our kids who do not play NDHSAA High School Hockey, being selected to the Showcase team is an outstanding opportunity that many are unaware of. I feel so disappointed for our Seniors who will miss out due to USA Hockey’s cancelation this season.” “Last year we sent two players to Showcase and both ended up playing Jr. A hockey after being scouted in St. Louis. This is the first time our program has had three selections to Team North Dakota. It’s been amazing to see how our Freeze High School program continues to develop players. We’ve definitely set a new bar for our players to achieve for next season.”